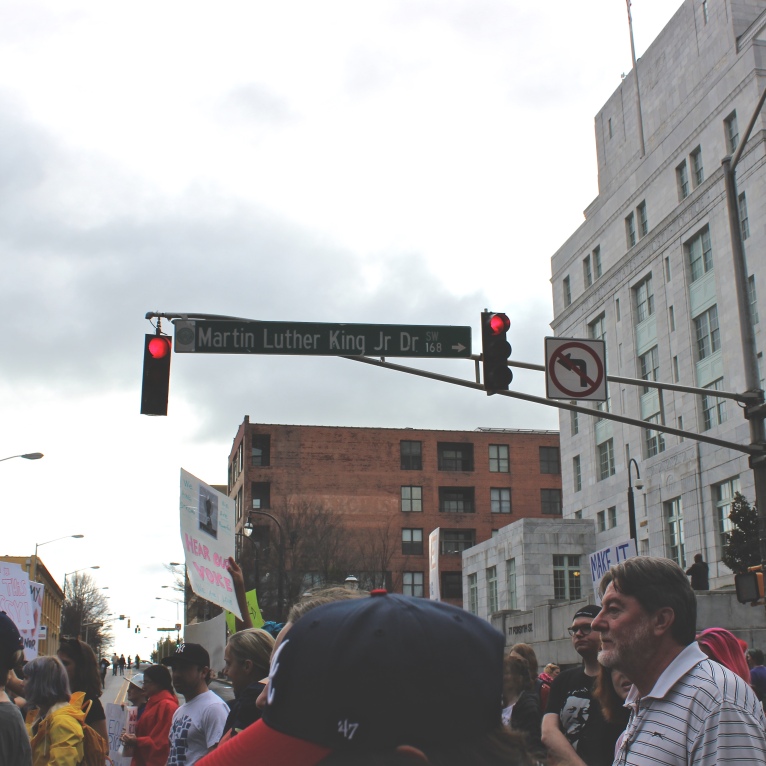 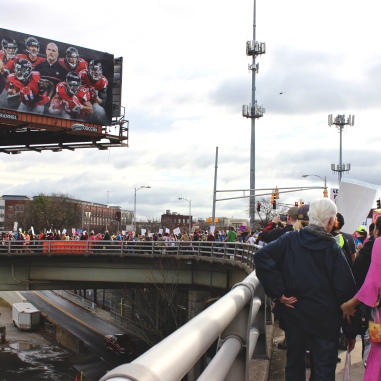 His name was Arthur. He pulled up in his Dodge caravan to pick my friend and I up for the most historic day of our country to date. It was pouring, cold and windy. My friend, Katherine and I, had freshly painted signs and rain coats to combat the nasty weather.

We hopped into Arthurs van and told him our destination.

As we drove through traffic, Katherine asked Arthur if he had ever protested before and his answer was surprising.

He began to spout off inspirational quotes and opinions about his book he was writing and gave us his support for our day ahead. Our day being the Women’s March in Atlanta.

When we approached the center lines were already underway of women, men, children and all colors of diversity. It was sight I will never forget as long as I live. Katherine and I thought to ourselves how fitting it was that our Uber driver was a former civil rights participant.

We found our place on top of a slope and watched as the streets slowly filled with people. The sight was mesmerizing and at times unbelievable that this many people were out in the rain to support a common goal – equality.

A group of librarians where next to us – all from different states. They were here for a conference and braved the weather to march.

We stood for two and half hours cheering and standing on our tip toes to hear speakers. I was most excited about Rep. John Lewis (Fifth District pride). Because of the amount of people, I didn’t hear his speech, but I did rush to the bottom of the hill to watch him walk by as he made his way to the beginning of the march. A sight of electric excitement for a hero.

Making our way to the march lines, we turned on our usb speaker and began to feel the importance of the moment we were in that day.

I saw kids holding signs that made me tear up. Diversity and love all around – it was such a shift from the dynamic our country had just placed itself under just a day before with the inauguration of perhaps the most unqualified president we’ve seen to date.

And a movement inside of me shifted – a pull to be better, to be more American.

Together that day we used our voices and our basic human rights to voice our beliefs in peace. Truly, why had I been silent so long?

Fast-forward to a few days ago:

I was listening to the Makers Conference via online and a beautiful message was provided by Sherly Illfeel, the president of the NAACP Defense Fund.

She began to talk about how important it was, especially now, to share our stories. Stories of hardships, unfairness in our country and discrimination.

Her words empowered me. Her words shattered me.

Why do we stay silent?

I’ve been silent too long. So, as this blog is titled, the great awakening has happened inside of me. And, I am challenging you, the reader, to join me.

Whatever your story is – share it. Whether you are gay, like me, and have felt the wraths of oppression from family, coworkers or friends or some other transgression – stand up and let your voice be heard.

Published by Queer in Faith